St. Edward was the patron saint of Edward de Veaux Morrell, husband of Louise Drexel Morrell, who financed the convent's construction. (Mrs. Morrell was the sister of St. Katharine Drexel, founder of the order of the Blessed Sisters of the Sacrament.)

Edward the Confessor (1003-1066) was king of England from 1042-1066. He is holding a model of the original Westminster Abbey, which was begun during his reign. (It was torn down in 1245 and replaced with the current building.) St. Edward is usually shown holding a ring, referring to a complicated story in which he gave a ring to a beggar who turned out to be St. John the Evangelist in disguise. I'm guessing the Morrells chose the Abbey instead of the ring to underscore their role in the construction of the convent. 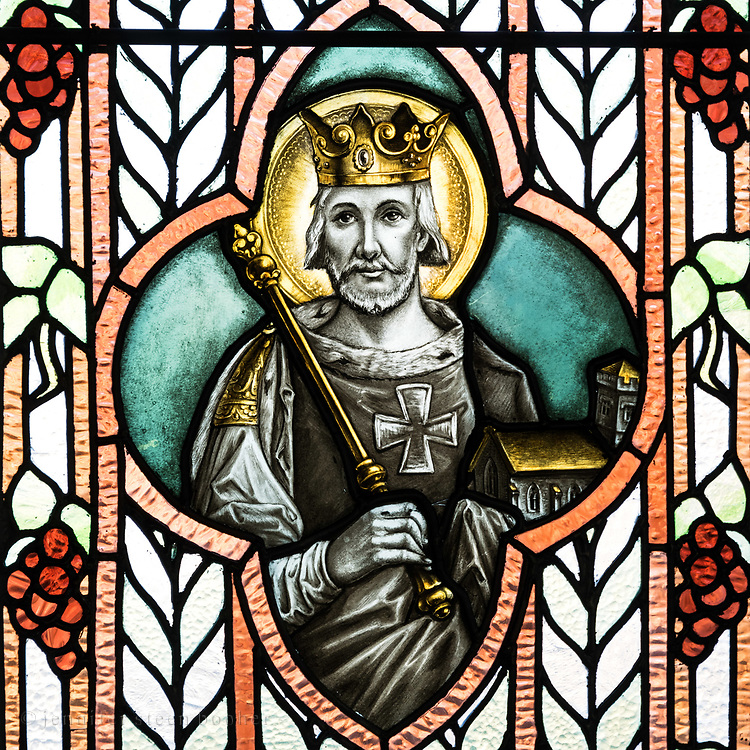